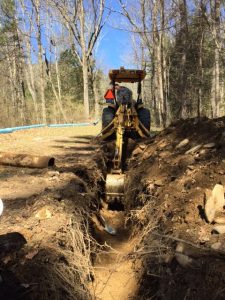 Replacing the #2 feed line from the plant to town

The Authority regularly replaces old water mains, some of which have seen a century of service.  Excavation in streets is carefully planned to minimize inconvenience to traffic.  It is the Authority’s intention to keep two-way traffic moving through the town during construction.

In 2017, the Authority plans to replace another 900 feet of 8″ water main in its #2 feed line to town.  This will complete the #2 feed replacement project.

For the future the Authority plans to replace the 4″ water line on Route 2001 when finances become available. 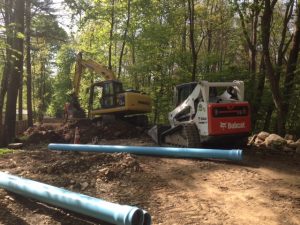 The Authority’s main right of way in Pine Acres 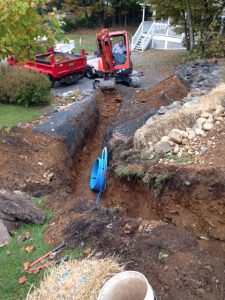 The Authority staff installed 79 storz fittings to all of its fire hydrants through a $10,902 grant from Local Sharing Account from the Commonwealth Financing Authority gaming funds.  This will allow the fire department easier hook up to the fire hydrants to fight fires.

The Authority staff rebuilt one of its two DE filters that have been in service since 2000.  The second filter will be rebuilt in 2019.  The rebuild will allow the Authority to operate the filters for another 25 to 30 years. 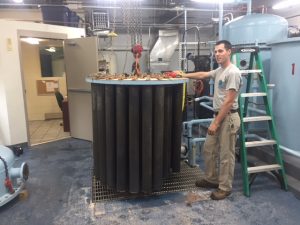